At least nine Indian-origin people have gone missing since the deadly terror attacks in two mosques in New Zealand city of Christchurch city on Friday, the Indian envoy to New Zealand said in a tweet.

Though his tweet was endorsed by the Indian High Commission in New Zealand, Ministry of External Affairs spokesperson Raveesh Kumar in New Delhi said authorities are waiting for more information. “Our mission is in touch with local authorities to ascertain more details. It is a sensitive matter and therefore we can’t give confirmed numbers/names till we are absolutely certain,” he told reporters.

As many as 49 people were killed and several others were injured after a gunman opened fire at two mosques in the city this morning. Three men and one woman have been detained so far in connection with the terrorist attack.

“A video from Christchurch shows one Ahmed Jehangir who was shot. His brother Iqbal Jehangir is a resident of Hyderabad & would like to go to NZ for Ahmed’s family. I request @KTRTRS @TelanganaCMO @MEAIndia @SushmaSwaraj to make necessary arrangements for the Khursheed family,” he posted on Twitter. 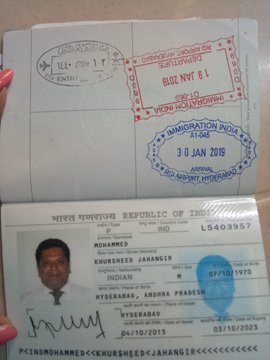 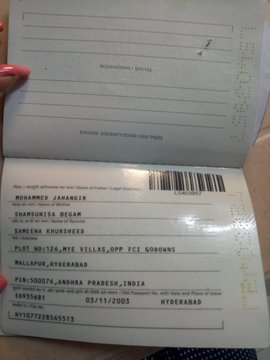 The AIMIM chief also shared the passport details of the alleged victim. “His brother is serious and his family has little support. I am only requesting the immediate support of your good offices in expediting his visa process. He’ll make all arrangements to travel to New Zealand by himself.”

These are Mr. Khursheed’s passport details. His brother is serious & his family has little support. I’m only requesting the immediate support of your good offices in expediting his visa process. He’ll make all arrangements to travel to NZ by himself