Also present on the occasion were other Padma Shri awardees like Indian cricketer Gautam Gambhir and the renowned scientist Nambi Narayanan. Interestingly, a film is currently in the works on Narayanan, which is called Rocketry: The Nambi Effect featuring R Madhavan in the titular role.

Earlier in an interview with indianexpress.com, Manoj had shared that getting recognised by the government means a lot to him as his years of work dedicated to cinema has finally found meaning.

It was an honour and a privilege sir @rashtrapatibhvn

President Kovind presents Padma Shri to Shri Manoj Bajpayee for Art (Cinema). A renowned film actor, he is known for his versatile roles and has worked in more than 60 films 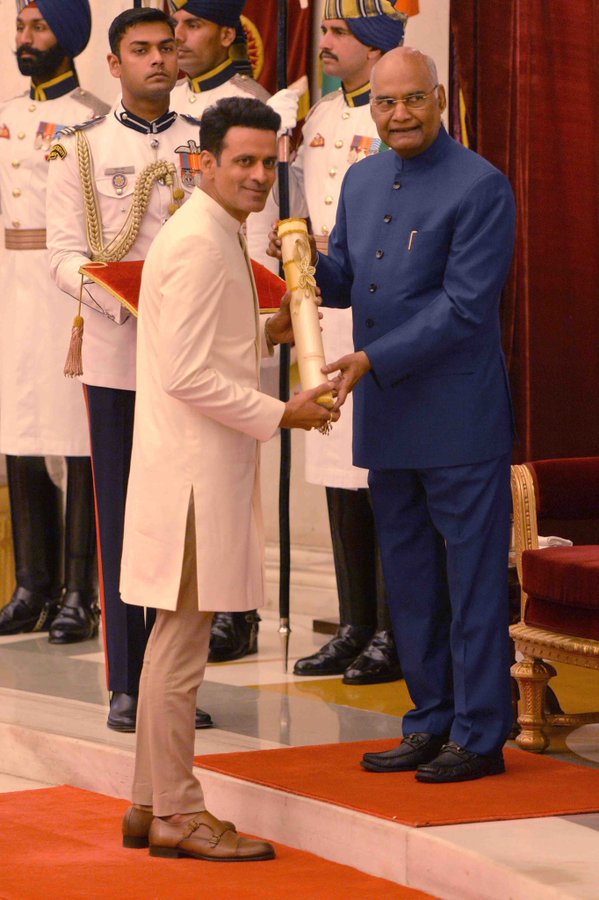 Manoj was last seen in the dacoit drama Sonchiriya, which won over the critics, but didn’t manage to bring people in large numbers to cinema halls. The actor will next be seen in the Netflix film Dhaka. Dhaka also features Chris Hemsworth, Pankaj Tripathi, David Harbour and Randeep Hooda in pivotal roles.