Fugitive diamantaire Nirav Modi, who is wanted by the Indian agencies in the Rs 13,500 crore Punjab National Bank fraud case, has been spotted in London.

A video released by UK’s The Telegraph newspaper showed Nirav Modi walking on the London streets. He has changed his look — handle bar mustache, long hair and an Ostrich Hide jacket worth Rs 8 lakh.

In the video, Nirav Modi is seen avoiding every question posed at him. All he said is, “No comments.”

Ever since Nirav Modi made an appearance, his Ostrich Hide jacket has been making waves on social media.

Last year Paul Manafort, Donald Trump’s former campaign manager, who faced 18 bank and tax fraud charges, stepped out in a $15,000 Ostrich Hide coat which did not go down well with the US citizens.

What exactly is Ostrich Hide leather and what makes it so expensive?

Many on social media confessed they knew what it looked like but they didn’t know it was called Ostrich Hide before Paul or Nirav stepped out.

The Ostrich leather, one of the world’s most expensive and also the toughest leather has a quill pattern which appears as polka dots.

“Leading fashion houses, such as Hermes, Louis Vuitton, Gucci, Cartier, Prada and many others choose ostrich leather to exhibit its beauty and its high class status,” it said further.

Meanwhile, Nirav Modi’s jacket has sparked conversation on social media, here’s what the netizens have to say

Still trading in diamonds, wears a £10,000 ostrich hide jacket, and YET has to hail a cab! Life can be so unfair#NiravModi

Exclusive: Telegraph journalists tracked down Nirav Modi, the billionaire diamond tycoon who is a suspect for the biggest banking fraud in India’s historyhttps://www.telegraph.co.uk/news/2019/03/08/exclusive-indias-wanted-man-nirav-modi-accused-15bn-fraud/ … 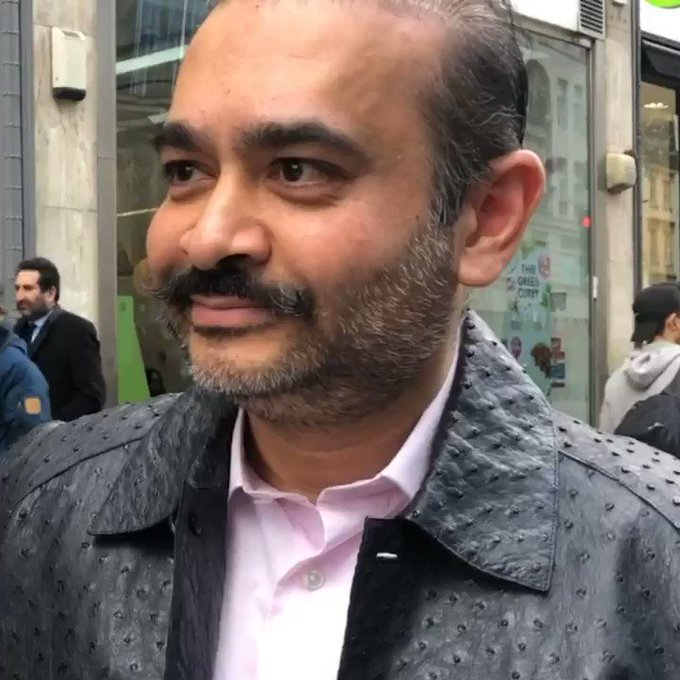