Another sad day in the showbiz world. Popular actress Mandira Bedi lost her husband Raj Kaushal on June 30, 2021, early morning. Reportedly, Raj succumbed to death after suffering a heart attack. The filmmaker was at home when he suffered from a heart attack. The news has come as a shock as it was only on Sunday (June 27)  when Raj and Mandira were seen partying with their industry friends.

He shared a happy photo with Raj and penned a long moving note. A part of his note read, “Raj, my friend, my brother… keep spreading the cheer where ever your next abode is… Knowing your penchant for good homes, I am sure you are looking for a good spot in heaven RIGHT NOW! We all loved you dearly and you know that … unfortunately, we kept saying next week next week and that week never came. See you on the other side my bro….Till we raise hell again, REST IN PEACE.”

He also praised Raj and said that he was the nicest person and a good friend. Not just him, even director Onir confirmed the sad news and took to Twitter to share the same. 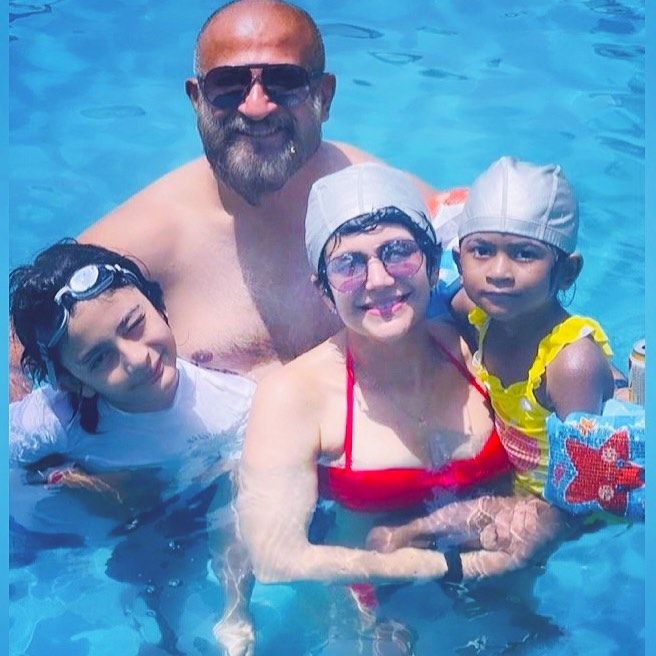 Mandira and Raj were madly in love and were married for many years. The two are biological parents to a son Veer and it was only last year (2020) when Mandira and Raj adopted a baby girl and named her Tara. Mandira’s Insta feed is all about happy photos with the family and Raj often makes an appearance in them.

While Mandira is an ardent social media user and often seen hanging out with her friends, Raj would keep it low-key and would only be seen a few times partying outside. After dating each other, Raj and Mandira tied the knot on February 14, 1999.

Raj is survived by his wife Mandira and son Veer and daughter Tara.

May his soul rest in peace!